My Leap of Faith

Launching out into my Faith Walk has been a rather enjoyable journey for me. This Fall I resigned from my full time clinical position as a medical physician at a prestigious institution.  I knew my time on that job was coming to a close and once I resigned the most amazing thing happened.  I was invited by the U.S. State Department as their international guest speaker for the South Pacific Islands!!  The timing of the invitation was surreal.  I had no idea this invitation would present itself when it did.  The exact day I made a decision to step down was the same day I received their verbal invitation. 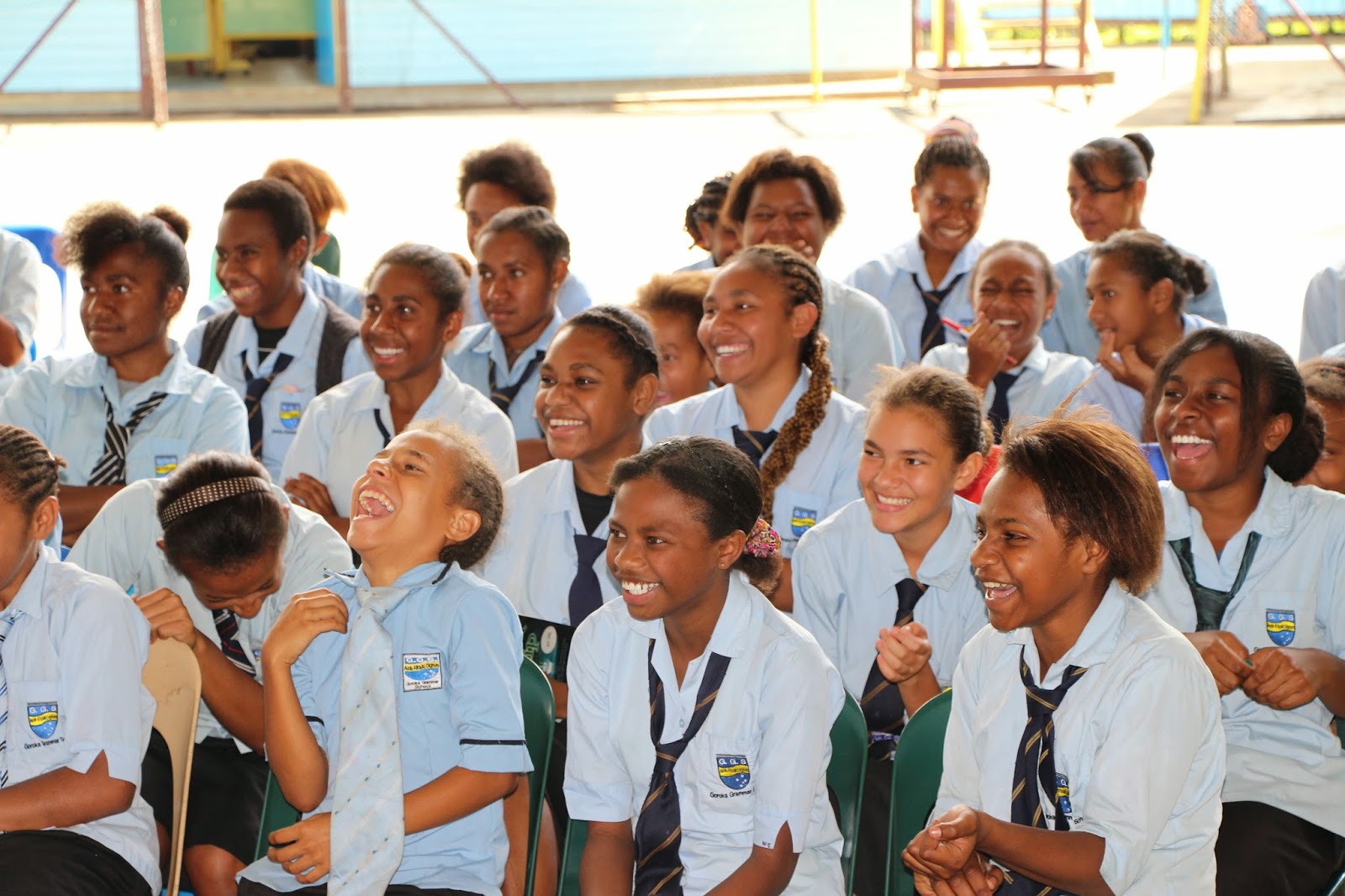 Thirty days after my resignation I was flying to Suva, Fiji and Port Moresby, Papua New Guinea (PNG) to launch my global speaking tour.  During my travels I also visited Brisbane, Australia and Tokyo, Japan.  My intended audience was adolescents (teens and young adults) but by the time the tour ended there were more adults in the room than adolescents.   The tour's theme was "Find Your Voice & Activate Your Life!" 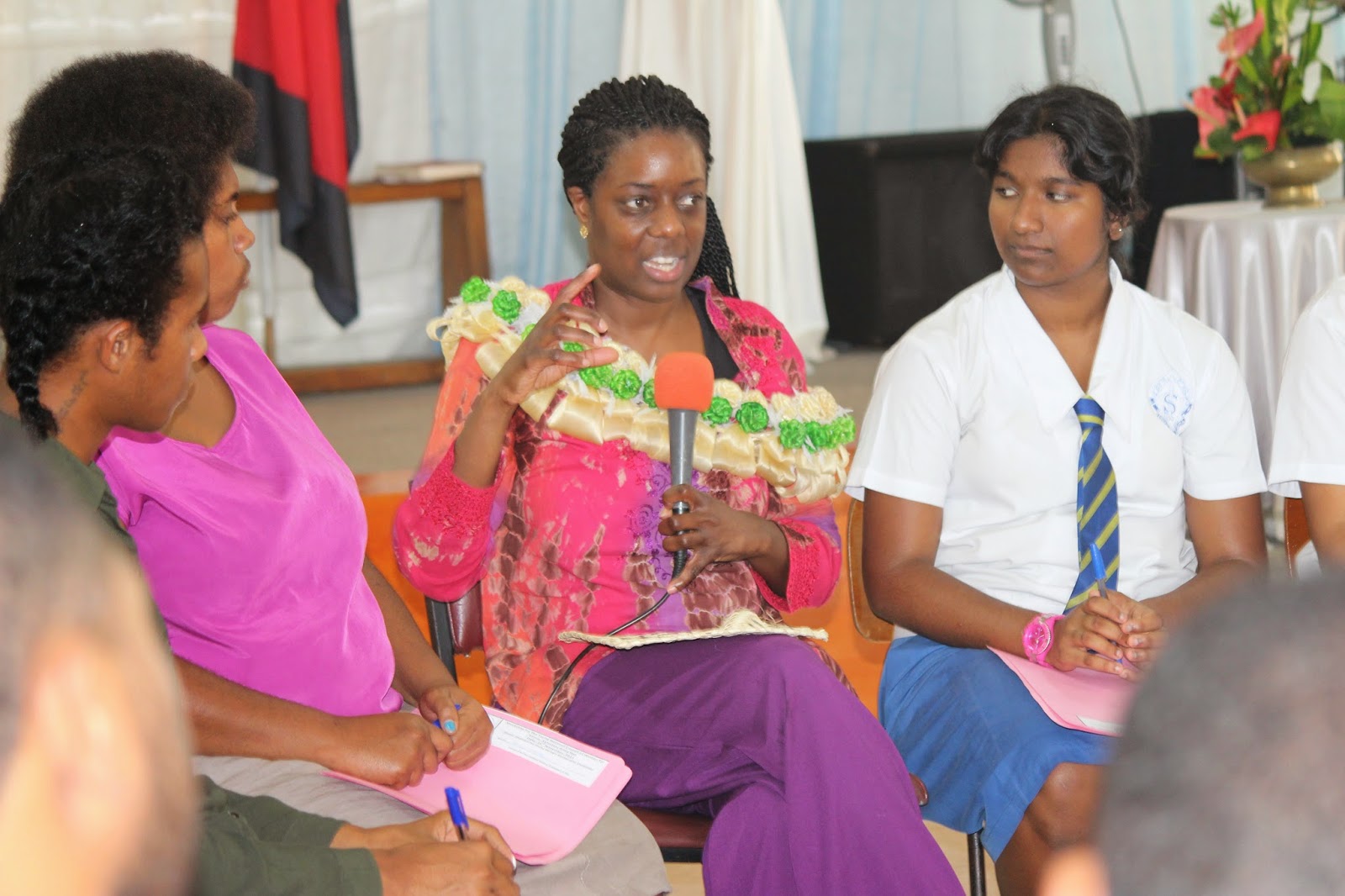 Our timing of the tour could not have been any better!  I was invited by the U.S. Embassies there to speak during three major events: 16 Days of Activism, Day of Tolerance and World AIDS Day. Each observation important on its own yet delicately relevant to the others. (If you are like I was with little knowledge of the first two I encourage you to look them up.)

As I journeyed to the other side of the  world an extraordinarily long way from home: 24 hours from Los Angeles, 6 hours from Singapore, 2 hours from Cairns, off Australia's northern coast I realized one thing; the women of these countries needed the same things all humans need. To be acknowledged
To be heard
To have folks listen open heartedly without judgement. 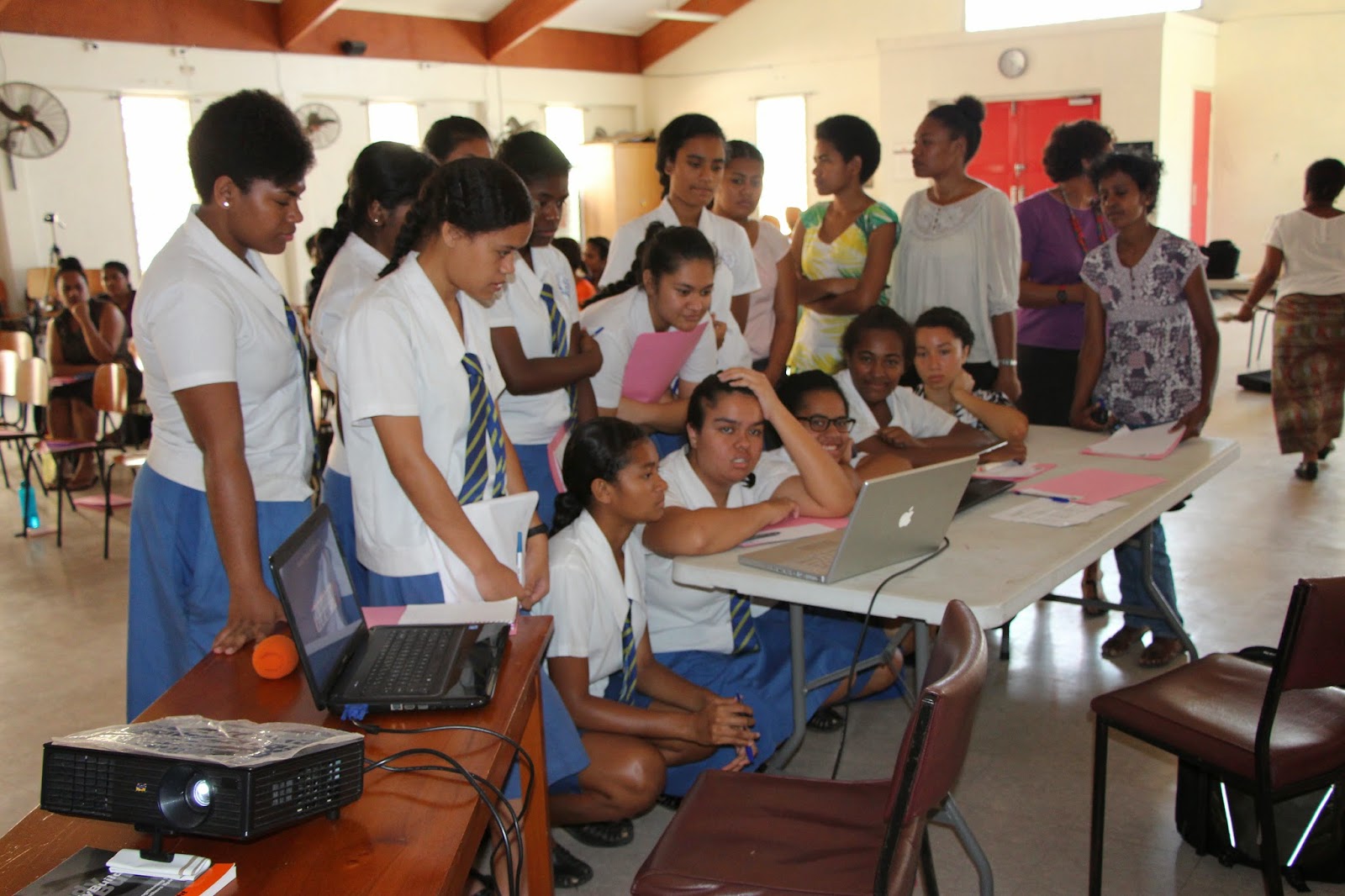 Throughout my two week tour I was given the opportunity to speak to hundreds of school aged youth during my visits in Fjij and PNG.  I visited secondary schools, colleges, a shelter for battered women, held meetings with governmental officials, educators and community leaders. I even toured the women's facilities at their regional prison and spoke for and with the inmates. 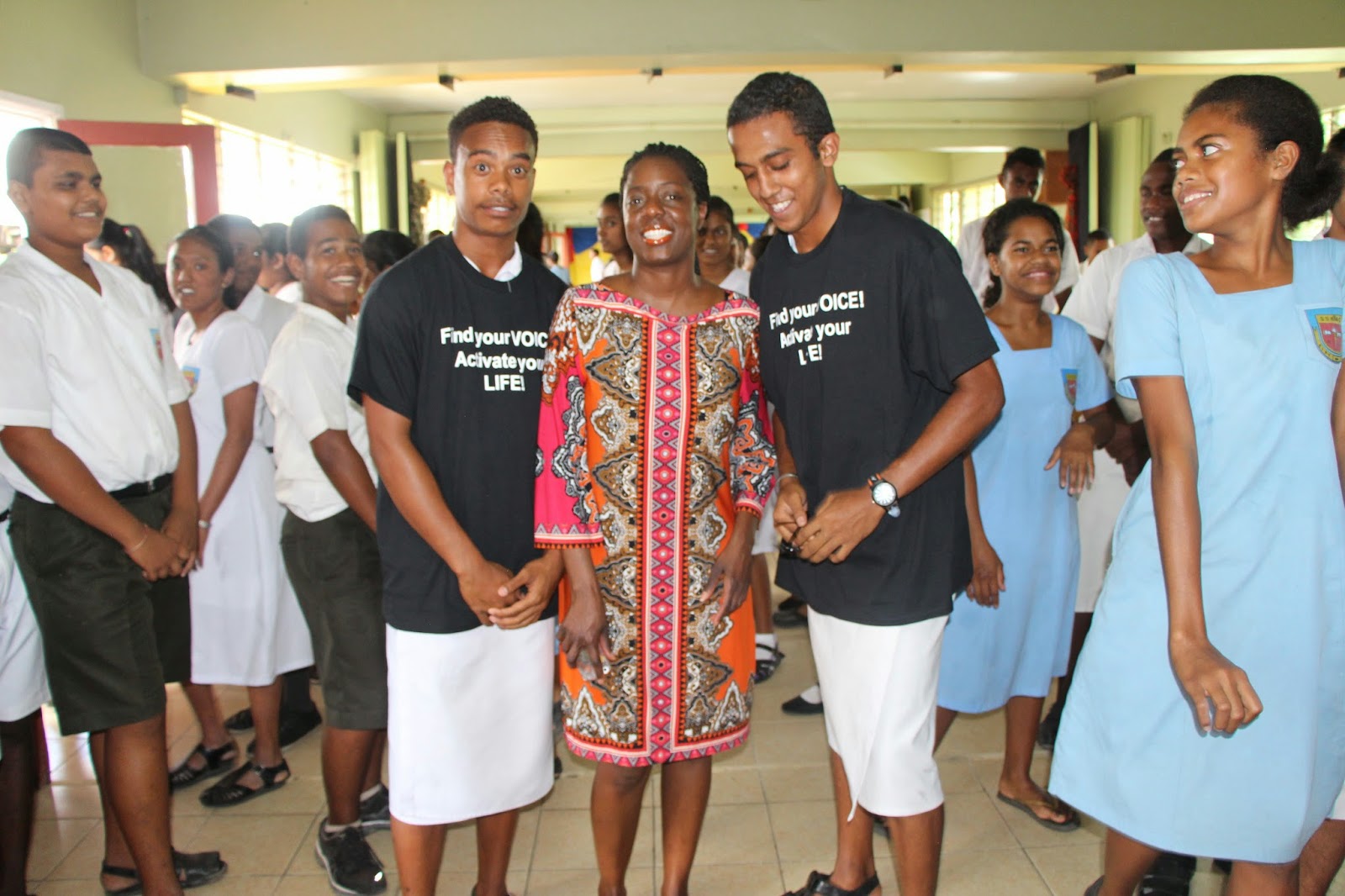 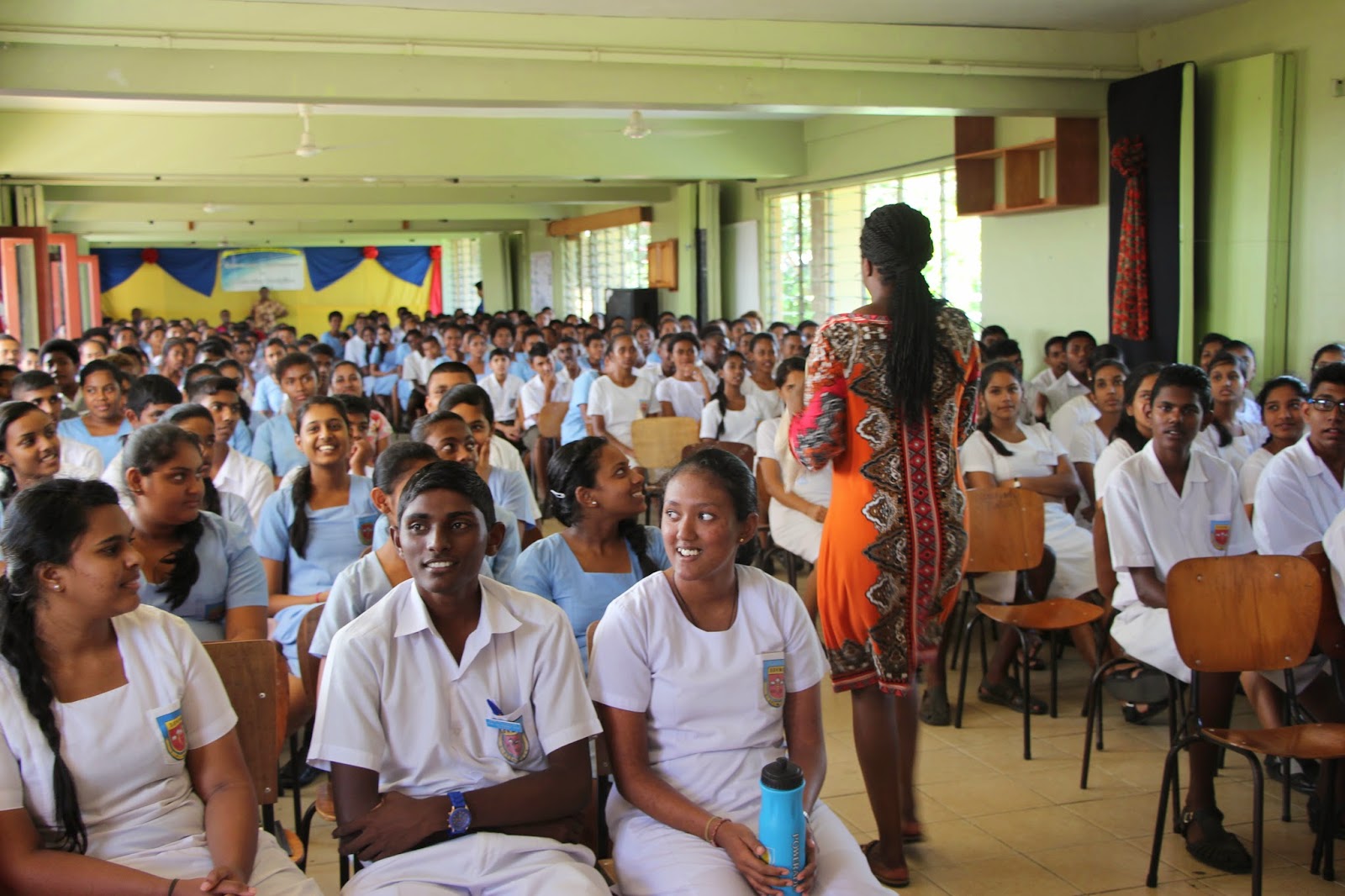 Although my trip had a dark subject matter from time to time I couldn't help but be excited about the futures of these young people.  What encouraged me most were the hundreds of younger women who were eager for empowerment and the young men willing to aid them in their quest for change.   To say I was blessed with the opportunity to speak life into the next generation of world changers is an understatement.

Typically a more reserved culture with extremely quiet youth boxed in by imposed taboos and beliefs they literally talked to me for hours.   As I spoke to the crowds of "hungry" youth I could sense the power of change and enlightenment flowing through me to them igniting the atmosphere. 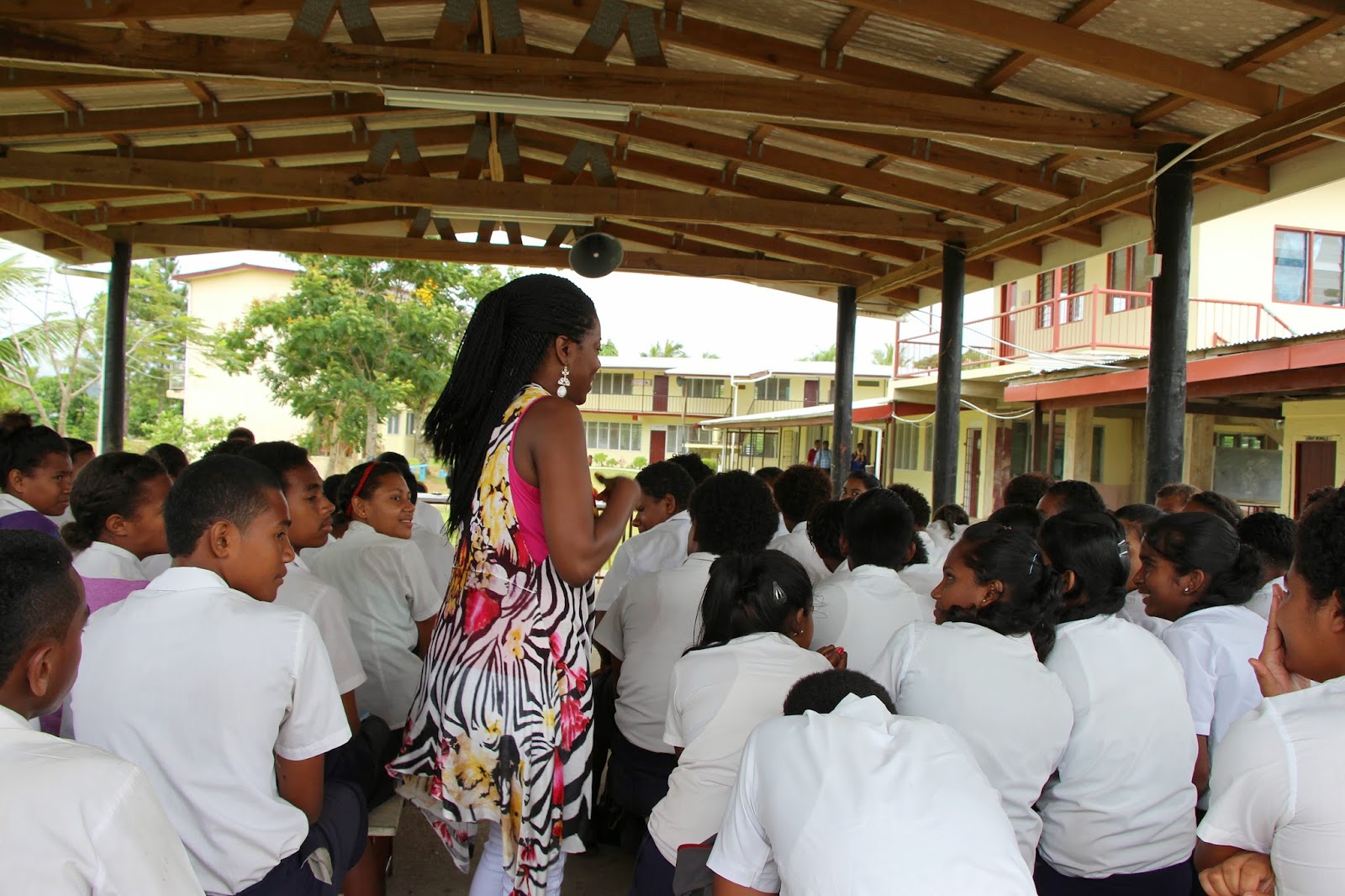 One common theme often expressed regardless of where I went was the outcry for improved women's rights in these countries. PNG has one of the highest rates of gender based violence and rape globally and many of the women are sexually violated in their teen years.

I'll close with this: Whenever you're feeling fearful about your next leap of faith just think of all the lives that will be touched by your act of boldness, namely your own.  Take a deep breath, say a prayer of courage and JUMP!!!  If you start falling remember to spread your wings and soar!! 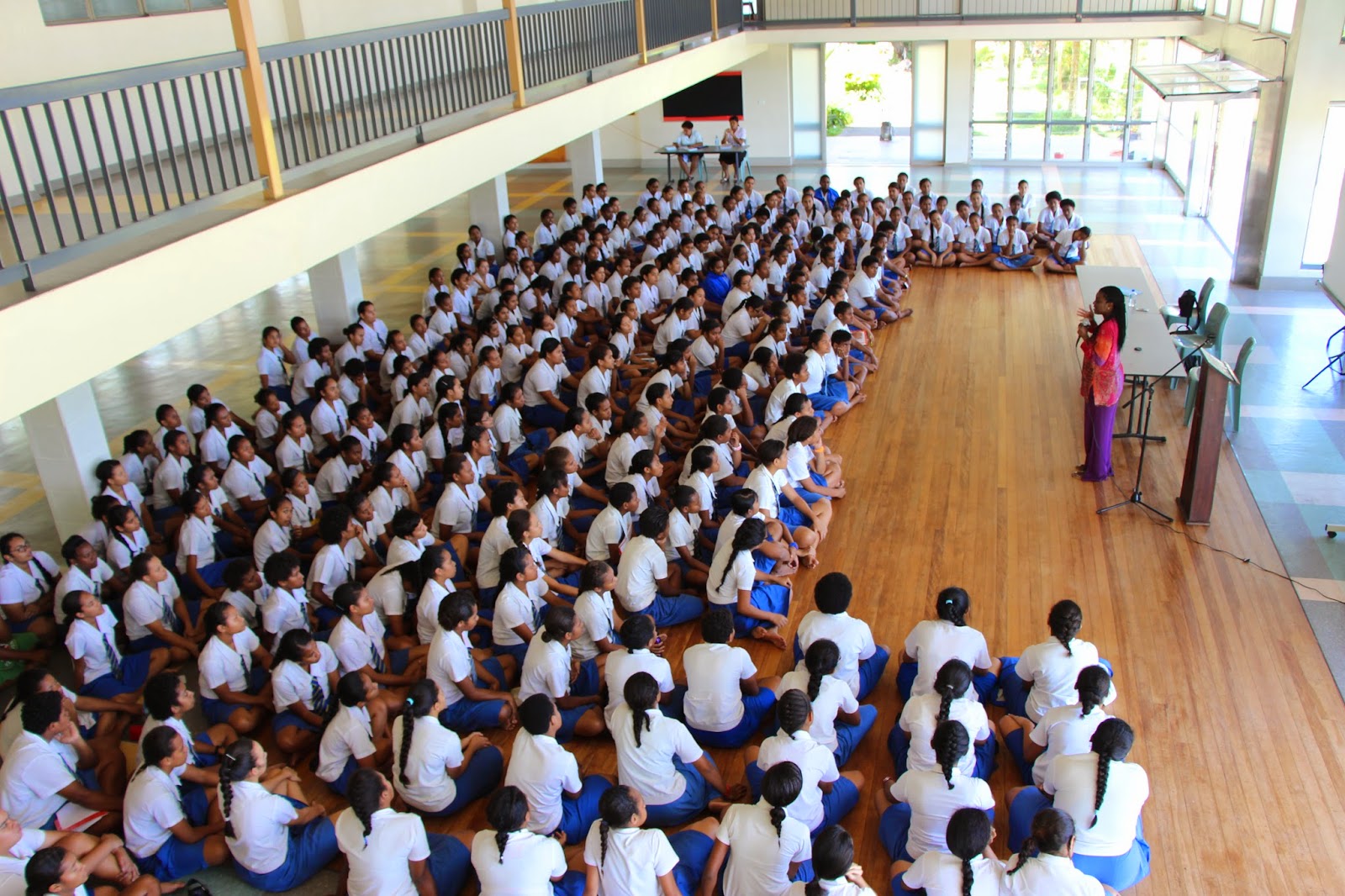 For more information and pictures of my South Pacific speaking tour check out my website  www.drjeridyson.com and let me know what you plan on doing to soar in 2015.
Posted by Dr. Jeri at 12:00 AM No comments: